What our Customers say 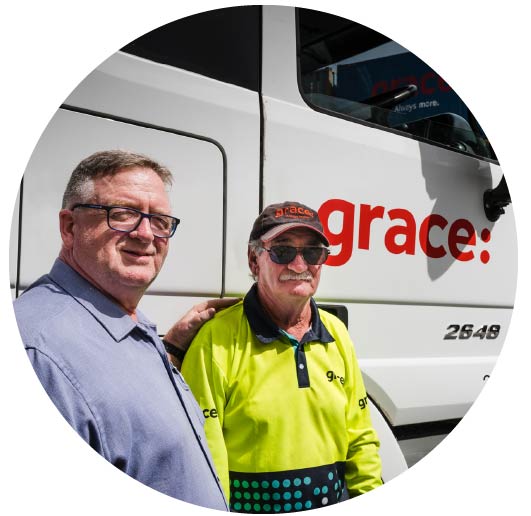 When the 110-year-old Grace was looking for a solution to its import and export removal needs from Fremantle Port it found the perfect partner in the Intermodal Group.

Each year, Grace moves more than 500 containers, the majority of which are for people either returning from overseas or heading overseas which has seen business pick-up substantially since the beginning of the year.

“This represents about 25 to 30 percent of our business and we are moving about 10 containers a week over the 52 weeks of the year,” according to Grace Branch Manager for Removals Rob Simms.

“Intermodal have been fantastic to deal with and very well run, especially their booking system.”

Rob says the partnership with Intermodal has solved what was an ongoing logistical headache for the company, resulting in costly overtime charges and wasted trips to and from the port.

“We have tried many different approaches over the years including using outside contractors to manage our import and export needs and none of them have really worked,” he said.

“The problem is the booking system at the port can be very volatile and it usually favours the bigger players and we found that we could have trucks waiting at the port for hours, or we would miss our window and have to come back the next day.

“We could be doing three trips for each container.”

Rob says by using the short haul rail network to the Forrestfield Intermodal Terminal trucks no longer battle congestion at the port and are now better utilised in the ‘final mile’ of their journey to the customers door.

“So far this has resulted in a big percentage improvement in our timeliness and our efficiency and costs,” says Rob.

“It also helps that our facility is only five minutes from the Forrestfield terminal.”

Rob says an unforeseen and welcome outcome has been the enthusiasm in which Grace’s staff have embraced the move and in the opportunity to support one of the company’s longest standing employees.

Bill Dunsifre (now in his 60s) has been driving and doing removals for Grace for more than 40 years, and his career has been extended due to the partnership with Intermodal.

“We had a chat with Bill and said it was time to think about retirement. The removal business is a young persons’ game and we couldn’t keep asking him to go on the long runs up north that he’s been doing for years,” says Rob.

“But now Bill’s job at Grace is to handle all the Intermodal containers and we’ve managed to get a few more years out of him yet.”

“It’s brilliant,” says Bill. “The system at Forrestfield is easy and I can be in and out with a loaded container in 20 minutes and the team are good value and easy to deal with.” 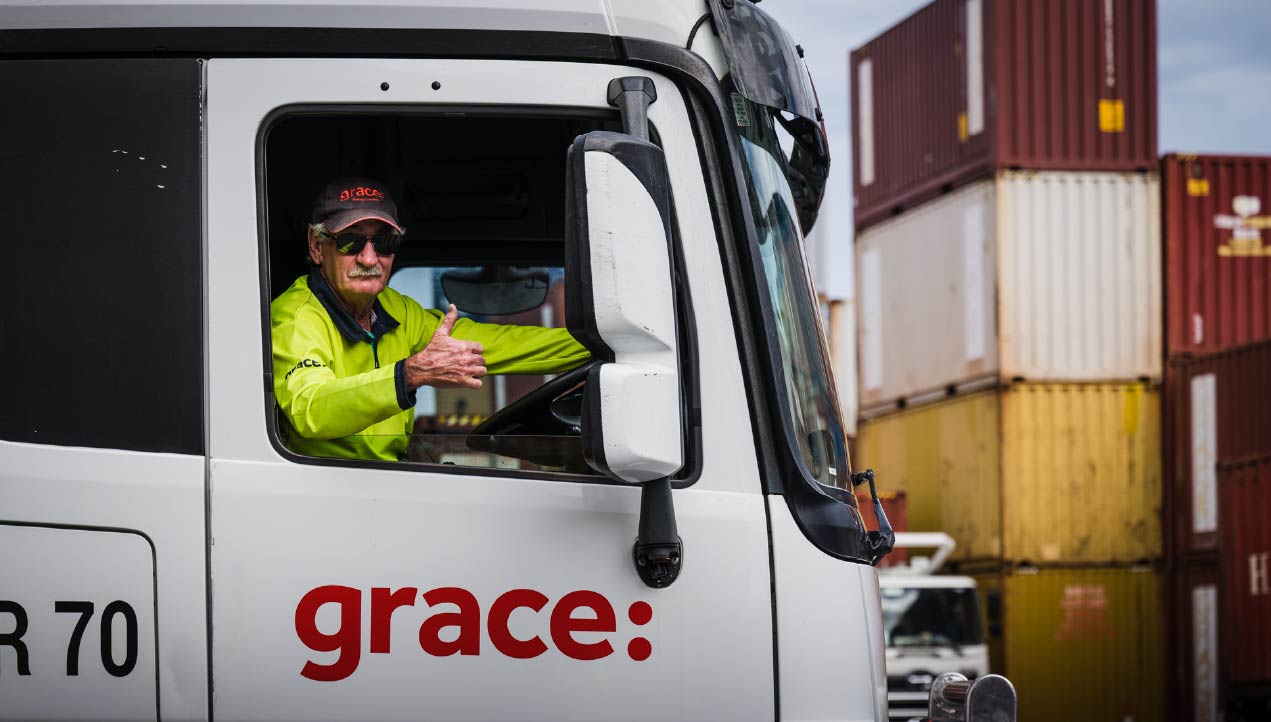 We can make rail work for your business