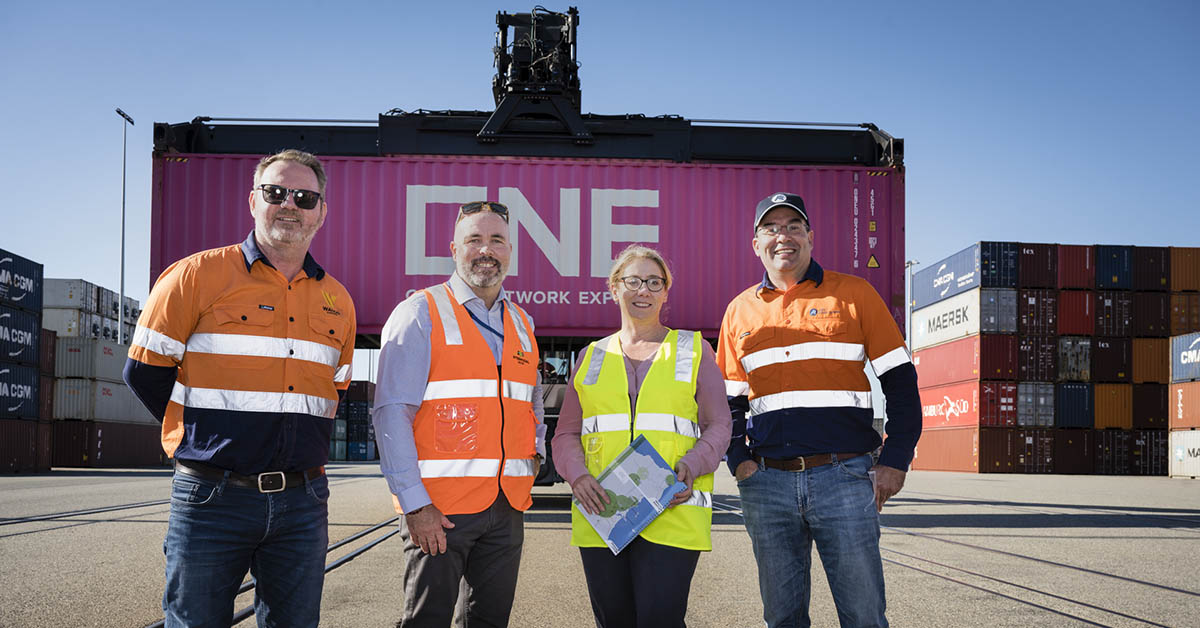 The Intermodal Group had the pleasure of hosting Transport Minister the Hon Rita Safioti, MLA, and members of her staff at the North Quay Rail Terminal this week.

During the visit the Minister was provided with an overview of Intermodal’s plans for further expanding Perth’s rail freight network as part of the company’s Inland Intermodal Terminal (IMT) Strategy that, over the next several years, will result on a series of new IMT facilities to meet the future demand for containerized transport.

The visit was the first by the Minister since the return of the McGowan Government at the last State Election.

Along with the plans to develop IMTs, the Minister also received a briefing on Intermodal’s ongoing discussions with major stevedoring companies to find greater efficiencies in the operations of the North Quay Rail Terminal.