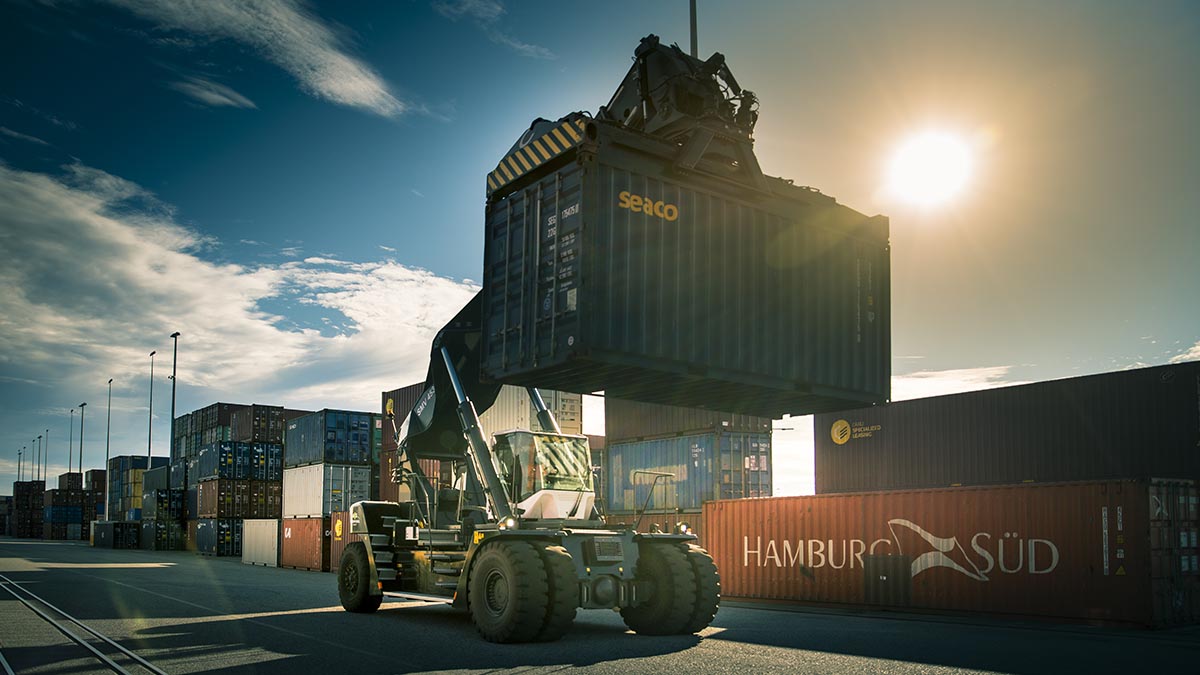 In striving to cut CO2 emissions, Intermodal has taken delivery of seven of Koncranes Ecolifting stackers at its operations in Fremantle and Forrestfield.

The stackers are designed and built in response to the need for companies, especially transport companies, to reduce their carbon footprint through better fuel efficiency when operating diesel powered lift trucks.

Intermodal’s State Manager Adam Lebihan said the decision to upgrade the company’s fleet of lifters was driven by the need to reduce environmental and running costs, but also maintain performance and reliability.

Adam said Intermodal chose Konecranes’ power drive model that is expected to cut fuel consumption and emissions by up to 15 per cent.

“Not only are they more environmentally and operationally more efficient, but they are built with industry leading levels of safety for our drivers,” said Adam

At present there are three of the new truck lifters at North Quay and four at the Forrestfield Intermodal Terminal (FIT) with another four on order.

Adam said Intermodal would also be looking to leasing hybrid truck lifters in the future.